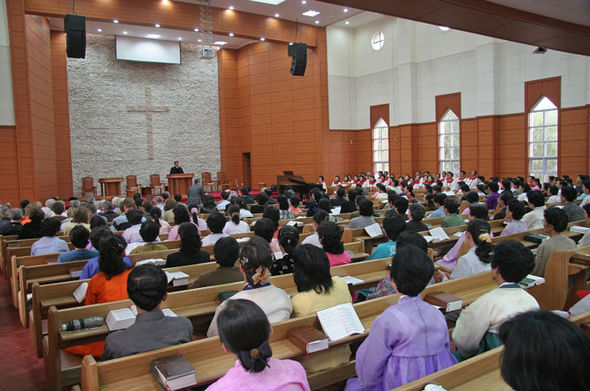 WASHINGTON (RNS) — In the three decades since the religious liberty organization Open Doors has been compiling its World Watch List of the 50 countries where Christians face the most persecution for their faith, that persecution has never been worse.

That’s according to the 2023 World Watch List released Jan. 17, which showed North Korea returning to the top spot after scoring its highest level of persecution ever, following an increase in arrests of Christians under its “anti-reactionary thought” law.

Last year, Afghanistan toppled North Korea from the top of the list for the first and only time since 2002, as the Taliban takeover of the country forced many Afghan Christians into hiding.

Afghanistan dropped to No. 9 in this year’s ranking, as the organization says the Taliban has shifted its focus from searching out Christians to searching out those with links to the country’s former government.

Wybo Nicolai, a former Open Doors global field director who first created the World Watch List, said that since 2010, the number of countries on the World Watch List reporting “high” levels of persecution has increased, nearly doubling since the first list was compiled in 1993. So has the intensity of that persecution.

The “extreme high levels” of 2022—when more than 360 million Christians around the world reported at least high levels of discrimination and persecution—have remained roughly the same, Nicolai said.

Nicolai joined Open Doors in 1985 as a researcher for the Soviet Union. After the fall of the Berlin Wall, Nicolai said, the organization began to look beyond Eastern Europe, where it had been founded by “Brother Andrew” van der Bijl in 1955.

Nicolai was tasked with mapping the world, finding where Christians were being persecuted and where Open Doors should be active. As he began collecting data in 1991, he developed a method to measure Christian persecution “as objectively, maybe even as scientifically as possible,” he said.

The list scores the levels of pressure Christians and church communities suffer in private life, family life, community life and national life, along with violence levels.

Today, more than 4,000 people, including teams of researchers and lawyers, contribute data to the list, and academics and politicians interested in religious freedom have come to rely on it, as have Christians who are motivated to pray and support their co-religionists facing persecution around the world.

“It’s been a tremendous tool and very much welcomed, generally, by governments in the countries where we are mobilizing prayer support and advocacy because of that recognition that there’s an in-depth, deep dive, underground church, village-level picture and lens of what is happening in countries,” said Lisa Pearce, interim CEO of Open Doors U.S.

The list of 10 countries where Open Doors reports Christians currently face the most persecution has changed little since 2022.

On this year’s list, North Korea is followed by Somalia, Yemen, Eritrea, Libya, Nigeria, Pakistan, Iran, Afghanistan and Sudan. Sudan, at No. 13 last year, is new to the Top 10.

“What we noticed is not just an increase of persecution, but also an increase in the size and the strength of the body of Christ. Yes, a lot of atrocities, a lot of drama; at the same time, a lot of church growth, as well,” Nicolai said.

Pearce agreed that church growth despite persecution gives her reason to hope.

“Partly, it’s extraordinary—but incredibly encouraging and challenging—that in a number of countries in the world where it is hardest to live as a Christian, where the consequences are most grave, the church is continuing to grow,” she said.

The 2023 World Watch List covers the period between Oct. 1, 2021, and Sept. 30, 2022. The United States, notably, is not on the list, though some U.S. Christians have expressed concern about discrimination.

Wherever freedom of religion is being threatened, Christians must pay attention, said Pearce, who is heading Open Doors’ continued presence in the United States after its previous U.S. arm parted ways with Open Doors International and relaunched this month as Global Christian Relief.

The U.S. office’s commitment to connecting Christians around the world hasn’t changed, though she noted longtime supporters do need to register again on the new website of Open Doors U.S.

Not only should Christians support those who are persecuted, Pearce said, but also they should learn from them.

“I would say to American Christians that relative to many, many, many places in the world, you have extraordinary freedom,” she said. “Use it well.”